Town Hall 15 Accounts was released on October 10th of 2022 a total of 546 days after Town Hall 14 and is considered to be one of the biggest updates yet bringing Magic into the game which is expected to change the meta completely right after the 2022 Worlds Championship Tournament ended.

There was no space to add new buildings so the developers of COC decided to remove some buildings that were just taking space like Barracks and Dark Barracks by just leaving one of each so that they could add new defenses like the Spell Tower and Monolith. Both of these buildings are new to the game and will help defending your base in a new way. The spell tower can be leveled up 3 times and with every upgrade you will get a new spell. The first spell is a Range Spell which works the same way as in attacks but in this case it will nearby Defenses and units. The second spell at level 2 is the poison spell which will poison the enemy troops and the third spell is the invisibility spell which will conceal the nearby buildings temporarily.

Monolith also known as the ‘tank killing defense’ is constructed and upgraded with Dark Elixir which is the first defense to do so. The Monolith has a base level amount of damage per shot which will increase based on the maximum hit points the troop it is targeting has making it one of the best buildings to defend with against heroes and high HP units such as tanks.

The Town Hall 15 Accounts update also gave us a new troop, siege machine, spell and 4 hero pets which will be explained below.

The new troop is called Electro Titan which is a ground troop with a single target damage targeting both ground and air troops, this is an elixir troop which means it will be upgraded with elixir and you will need to upgrade your Barracks.

The new Siege Machine is called the Battle Drill which will be unlocked by upgrading your Siege Workshop to Level 7. The favorite target of this siege machine are the defenses and it attacks them by drilling underground and surfacing once it’s close to the nearest defense, once it starts attacking the defense it stuns it for 2 seconds.

The new Spell is called the Recall Spell which is an elixir spell that allows you to use it on top of your troops and pick them up in the middle of the battle to later with the second cast drop them anywhere you want on the opponents base where troops can be placed.

There are also 4 new Hero Pets called Frosty, Diggy, Poison Lizard and Phoenix each of them with their own unique way of attack: Frosty will slow down enemies, Diggy will go underground and become untargetable while traveling, Poison Lizard will deal poison damage to defending heroes and troops while also slowing them down but it doesn’t work on buildings and the best pet of them all is Phoenix which will revive herself and the Hero it’s attacked to for a period of time (similar to the Warden) once the ability expires the hero will be knocked out while the Phoenix will continue to fight on.

With the Town Hall 15 Accounts update, there are also new upgrades to the existing buildings which we will not focus too much on other than just mentioning them. The buildings that received a new level are: Cannons, Archer Towers, Wizard Towers, Air Defenses, Mortars, X-Bows, Inferno Towers, Bomb Towers, Elixir Storages, Gold Storages, Dark Elixir Storage, Clan Castle, Barracks, Army Camp’s, Laboratory, Spell Factory, Siegen Workshop, Pet House (4 levels can be upgraded up to level 8), Walls (200 Wall segments maximum) Bombs and Air Bombs.

Like we said at the beginning, this is one of the biggest updates to Clash of Clans changing the game and the meta completely, we can’t wait to see new strategies in both Attack and Defense as well as follow the pro scene and tournaments.

If you are interested in buying a Town Hall 15 Account then grindswap.com is the place for you, feel free to check out what we have in stock here and remember that we’re always here for you if you need help with anything just contact our Live Chat located at the bottom right corner of our page. 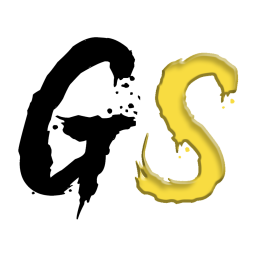 We Accept Most Payment Methods

This website uses cookies to improve your experience while you navigate through the website. Out of these, the cookies that are categorized as necessary are stored on your browser as they are essential for the working of basic functionalities of the website. We also use third-party cookies that help us analyze and understand how you use this website. These cookies will be stored in your browser only with your consent. You also have the option to opt-out of these cookies. But opting out of some of these cookies may affect your browsing experience.
Necessary Always Enabled
Necessary cookies are absolutely essential for the website to function properly. These cookies ensure basic functionalities and security features of the website, anonymously.
Functional
Functional cookies help to perform certain functionalities like sharing the content of the website on social media platforms, collect feedbacks, and other third-party features.
Performance
Performance cookies are used to understand and analyze the key performance indexes of the website which helps in delivering a better user experience for the visitors.
Analytics
Analytical cookies are used to understand how visitors interact with the website. These cookies help provide information on metrics the number of visitors, bounce rate, traffic source, etc.
Advertisement
Advertisement cookies are used to provide visitors with relevant ads and marketing campaigns. These cookies track visitors across websites and collect information to provide customized ads.
Others
Other uncategorized cookies are those that are being analyzed and have not been classified into a category as yet.
SAVE & ACCEPT